How Cultivating a Growth Mindset Can Transform the Way We Learn How can we help our kids transform the way their brains are wired, in order to reach their full learning potential? Read more here!

You may have heard the term “Growth Mindset” popping up in education recently. But what does it actually mean? How can we shift the way we talk about learning to our kids, in a way that transforms their thinking and help them reach their full potential?

What is Growth Mindset?

The idea of a growth vs. fixed mindset was first introduced by Carol Dweck, a developmental psychologist and professor at Stanford University. The concept has since exploded in popularity among parents, educators, artists, athletes, and professionals in a wide variety of fields. But what exactly does it mean? 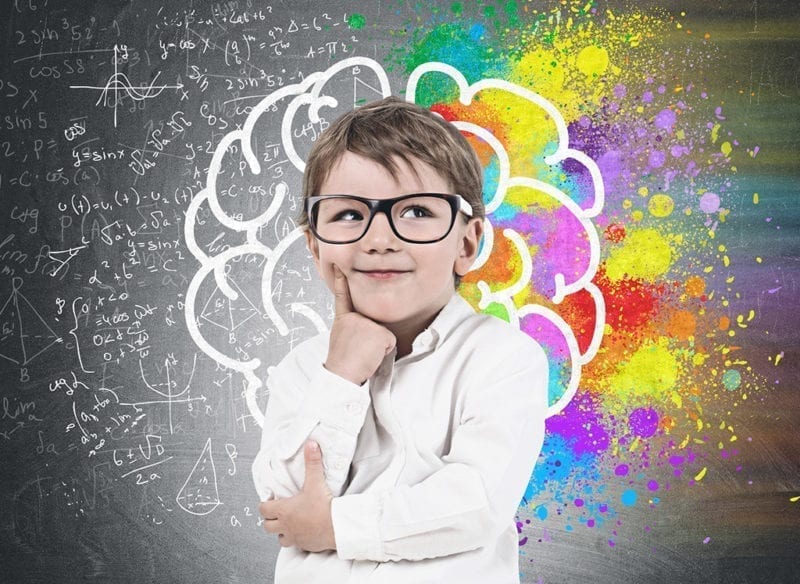 The concept first began to unfold as psychologists looked more closely at the ways we can shape our own learning. As research emerged surrounding neuroplasticity, or the brain’s ability to change and adapt to new experiences, Dweck realized something groundbreaking: that intelligence is not, as many people assumed, a fixed and unchangeable quality.

The pathways in the brain are extremely malleable; they have the potential to change, adapt, and strengthen connections as necessary. In fact, our brains do this every day, whether we realize it or not.

Each time we follow the same thought process, such as repeating a habit or forming an opinion, that particular pathway in our brain becomes stronger. When something causes our thought process to change, however, new pathways are created. The old ones then become weaker as they are left unused, creating room for more growth.

Think of your childhood home, for example. When you lived there, you probably knew where to find everything in, say, the kitchen cupboards. Without much thought required, you were able to go from cupboard to cupboard and find the supplies you needed to make your breakfast or pack your lunch.

That pathway in your brain was strengthened each time it was used. Eventually, after moving into a new home, your brain had to create new pathways to navigate new kitchen cupboards, and the old ones were slowly replaced.

If you went back to your childhood home now, would you be able to find everything in the kitchen? Maybe, if you’ve been back to visit since you lived there—in other words, if that pathway in your brain has still been in use. Otherwise, probably not. Your brain has overridden that process to make room for something more useful.

This has exciting implications for learning. It means that we can intentionally stimulate this process ourselves, by choosing to strengthen the pathways used in the learning process—we can actually train our brains to become more intelligent.

Cool, right? So how can we take advantage of this superpower? Namely by adjusting the way we understand our own thinking. Using the emerging research about neuroplasticity as a backdrop, Dweck determined that there are two ways people think about their learning: by attributing their successes and failures to something unchangeable, which she called a “fixed mindset,” or by recognizing that the effort they put into a task will directly affect its outcome—a “growth mindset.”

In other words, do they believe they can strengthen and adapt the learning pathways in the brain? If they don’t, the process of neuroplasticity is stalled, and new information is more difficult to learn. But if they do, the possibilities to expand upon new and challenging ideas, and thus the potential for growth, is endless.

They would associate the failure with their own identity, making it difficult to see any point in trying to improve.

A person with a growth mindset, on the other hand, recognizes their brain’s ability to adapt, and so a failed grade is merely the first step toward strengthening that learning pathway. Rather than shying away from a difficult learning situation, this person would embrace it as an opportunity to improve—they would think, “I need to study harder next time.”

Game-based language learning provides instant feedback through scores, stars, and sounds to let children know they are improving. Children feel comfortable to make mistakes and not give up. In this game, points are earned by matching the cars with varying speeds. By gradually increasing the challenge, children are encouraged to keep trying and begin to develop a growth mindset.

Adjusting our thinking from a fixed mindset to a growth mindset means opening up the possibility for improvement in all areas of learning, usually beyond what we thought we were capable of. App-based language learning helps kids to ‘keep trying’ by focusing on game play. They know they can try again and continue to improve.

Having a growth mindset allows room for just that—growth. It eliminates the fear of failure, because failure is just another step toward success. Because of this, it also opens up the freedom to think creatively and try new ways of solving problems, rather than sticking to a “safer” route.

Indeed, with the pressure lifted, growth mindset learners are able to far surpass expectations with regards to achievement. Research conducted with traditionally low- achieving groups has shown that classrooms infused with growth mindset principles can achieve success even beyond that of their more advantaged peers—something that many people might have thought was impossible.

And it’s not only struggling learners who can benefit from a shift in mindset. It is equally important that successful learners associate their achievements with hard work, rather than chance or innate ability. A child who believes they have achieved greatness simply because they are great—rather than because they worked hard or built upon foundational skills—might have difficulty developing healthy learning habits.

These learners are less likely to push themselves to achieve anything beyond their perceived “level,” meaning that they are not living up to their full potential. And when they inevitably do encounter failure, it can have disastrous effects on their sense of self- worth. It is not easy to recover from a bad grade when your identity is so closely tied with your success at school; especially if you perceive that success as something beyond your control.