Children Who Grow Up With Their Grandparents Are Happier And More Secure: Study

Studies reveal that children growing up with grandparents are happier. Having close emotional ties between grandparent and grandchild can reduce depressive symptoms for both...

“How do I stop my parents and in-laws from interfering in my life, and spoiling my kids?” We get this question so often on theAsianparent app! But did you know that according to research, children who are growing up with grandparents are happier?

A study of 374 grandparents and 356 adult grandchildren throughout the years of 1985 and 2004, found that, having close emotional ties between a grandparent and grandchild can actually reduce depressive symptoms for both.

Benefits of growing up with grandparents

The study reveals that kids who grow up to have greater emotional closeness with their grandparents are less likely to be depressed as adults!

According to Vanessa Jensen, PsyD, of Cleveland Clinic, the more love and care a child gets, the better.

“The more people who love your child, the better,” she said.

“Presumably if they’re reasonably healthy people and reasonable in their approach to how they care for your child – it never hurts to have more people who can care about an individual child or a family.”

According to Dr. Jensen, the role of a grandparent in a child’s life becomes all the more significant in families going through divorce, or where there aren’t many social connections.

In fact, Dr. Jensen recommends that children be allowed to do things differently when they’re spending time at their grandparents’ house.

“For a typical grandparent, where a child visits, it can be a great way to experience a different activity; if grandma and grandpa live in a different city; if they live on a farm; if they’re around other cousins – it’s almost like a little mini-vacation – and I often tell parents, ‘let it be a vacation,” she says.

growing up with grandparents

Research by the University of Oxford also shows that a high level of grandparental involvement increases the well-being of children. A study of more than 1,500 children showed that such children had fewer emotional and behavioural problems.

And so, dear mums and dads, it’s perfectly okay to let grandparents spoil their grandkids as long as it’s within limits.

Meanwhile, the grandparent-grandchild relationship seems to be a symbiotic one!

Did you know that grandparents who babysit their grandkids live longer?

A study shows that grandparents who are responsible for caring for grandchildren have a 37% lower mortality risk than adults of the same age without the same caregiving responsibilities.

This is believed to be due to greater physical and mental activity involved while caring for their grandchildren. Grandparents may play games with grandkids, take them to the park or playground, help them finish puzzles, or provide homework assistance.

Helping others and providing for them gives grandparents purpose in life, and helps them stay positive and less depressed.

growing up with grandparents

So mums and dads, having an involved grandparent benefits the well-being of your children, and helps them feel more safe and secure. It actually makes them stronger. And looking after their grandkids is great for the physical and emotional well-being of grandparents too. A win-win for all!

Also READ: 4 ways to delicately prevent a grandparent from spoiling your child 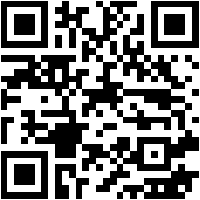